A ghost story of Tottenham

Share All sharing options for: A Christmas Tom Carroll: Part 1

Editor's note: this series was originally posted in 2013, but it's so amazing we're re-posting it again this year.

Tons and tons and tons of credit to OHSpurs (@EarlofShoop) for his outstanding photoshops. He is a top, top lad.

Harry Redknapp was sacked, to begin with. Of this there can be no doubt or else nothing wonderful can come of the story I am going to relate.

Harry's career was dead as Hoddle's.

Of course, Daniel Levy knew his career was dead. How could it be otherwise? It was he who had sacked him, thrown him into disrepute, and exiled him to the netherworld of the Championship. Levy was not that broken up by the sad event, but he was an excellent man of business on the very day of Harry's relegation, and continued with the loan deals of youth players that Harry had established in the first place. An undoubted bargain.

Oh! But he was a tight-fisted hand at the fax machine, Levy. A squeezing, wheeling, dealing, scraping, clutching, covetous bald chairman. Hard and sharp as the beak of his club's namesake, from which no bargain had ever been struck on generous terms for the other party; secret, and partnering with Madrid. The cold within him had long exiled any hair on his head, leaving it gleaming like the silver in his bank account. An unending series of loan deals kept the youth players of Tottenham out of the daylight and his ledgers in the black.

Nobody ever stopped him in the street to say, with curious appeals "What do you think of our youth setup?" or "Those young ‘uns are top, top lads, aren't they Mr. Chairman." But what did Levy care? It was the very thing he liked, to loan out his club's future in lieu of last minute bargains, warning all journalistic sympathy to keep its distance.

Once upon a time, on the warmest, kindest day of the year, old Levy sat busy in his boardroom. It was nasty, biting weather outside, the air thick with recriminations, Neil Ashton, and hashtags. He could hear the columns being written and the tweets flying about. The Tottenham brand clock from the club shop had just hit three and it was already dark out, largely because it would cost too much money to get clocks that could work.

The door to Levy's board room was open that he might keep an eye on his young manger, Tim Sherwood, who in a dismal little boot room sat planning youth games to attend. Levy had an antiquated computer, but poor Mr. Sherwood's computer was so very much older it could barely run Championship Manager '94. Still, he did not let this dampen his spirits. 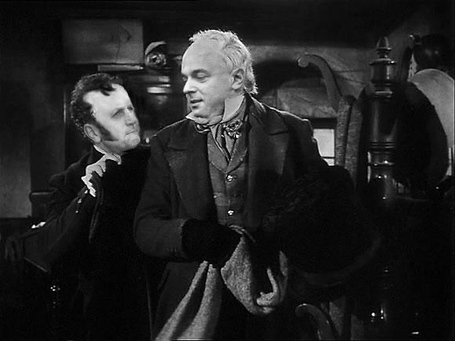 "What a Christmas present, sir! We have found a loophole to bring Tiny Tom Carroll back to Tottenham and get him the in game experience that he so desperately needs."

"Surely you don't mean that!"

"I do," said Levy. "Youth players, prospects. What reason do you have to get excited over them. You write your reports and the message boards get excited and what do you ever get? Players good enough to play for Hull. Exciting future indeed.

"Come then, what right do you have to be dismal when our academy is turning out such lovely prospects such as Tiny Tom!" 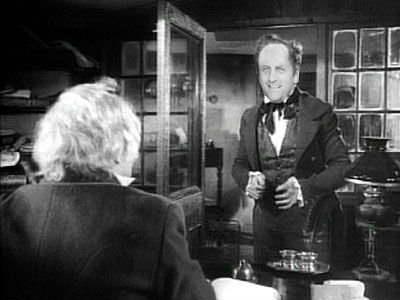 "What else can I be," returned the Chairman. "When I live in such a world of fools as this? Pinning your hopes on a string bean that barely looks big enough to be in One Direction!? Perhaps if you spent more of your time scouting other teams and less pinning your hopes on children you would be better off."

Levy wiped off his glasses and continued. "Every idiot who goes about with "But Football manager..." on his lips should be relegated with a team of their own prospects, and buried with a copy of Inverting the Pyramid stabbed through his heart!"

"Manager. You nurture the prospects in your way and let me nurture them in mine."

"But you don't nurture them at all!"

"Some would rather die than accept those sir."

"Then they better do it. And decrease the size of the Players Union."

Miserly old Daniel trudged home through the windy streets of London, ignoring the reports of Tottenham youth that floated across the air. It was then that he arrived at his posh apartment. He fiddled in his pockets for his keys, when he noticed his door knocker.

Now, it is a fact, that there was nothing at all particular about the knocker on the door, except that it was very large, bought in Madrid at a sale, and could likely be sold for a profit in a few years time. It is also a fact, that Levy had seen it, night and morning, during his whole residence in that place; also that Levy had as little of what is called fancy about him as any man in the city of London, going so far as to shave his head so that he would not have pay the Tottenham barber.

Let it also be borne in mind that Levy had not bestowed one thought on Harry Redknapp, since his relegation to the second division. And then let any member of the Match of the Day panel explain to me, if he can, how it happened that Levy, having his key in the lock, saw in the knocker, without any transfer negotiations with QPR-not a knocker, but Harry's face. 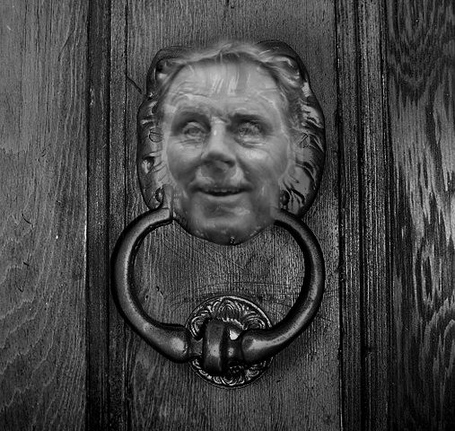 Startled, Daniel rubbed his eyes and it was once again his Castilian investment. He was shaken, but negotiations with Porto had long ago hardened his constitution. He entered his abode, and made his nightly meal of prawns and champagne. He retired to his room to enjoy his nightly meal with a bit of comedy as he reviewed the latest missives of the Daily Mail.

He was about to turn on his phone when suddenly a shade passed through his door, leaning on the side of the disembodied door of a range rover. It advanced slowly towards him, covered in hashtags. It was then that recognition hit Levy.

"I know him; it's Harry Redknapp! How now," said Levy, calculating as ever. "What do you want with me?"

"Who were you then?"

"Triffic. In the Premier League I was your manager, ‘Arry Redknapp." 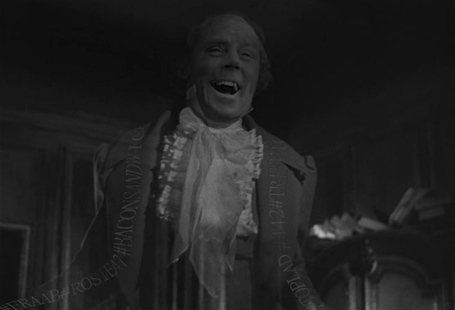 "But you were relegated!"

"Aw well, its easy to be forgotten in the Championship, but I have some ‘triffic friends at Sky sports, they're helping to beam me in. Top, top lads."

"Why do you doubt your senses?"

"Because," said Levy, "a little thing affects them. A transfer negotiation affects you. You may be a paper cut from a cover sheet, a call from third party ownership, or an excess player from Madrid. There's more of deadline than dead about you, whatever you are!"

At this the spirit raised a frightful cry and the word "‘triffic" echoes across the universe, shaking his Levy's soul loose from his body momentarily.

Levy fell on his knees.

"Mercy, uh, mate. Dreadful pundit from Sky Sports, why do you trouble me?!"

"It is required of every director," the Ghost returned, "that the spirit within him should walk abroad among his footballers, and if that spirit does not properly utilize its academy, it is condemned wander in administration for eternity in the Championship. It is doomed to witness the successful youth players it cannot share, but might have shared in the Premier League, and turned to trophies."

Harry raised a mighty cry, tweeting his misery to all who could hear him.

"You are fettered by social media." said Levy. "Tell me why?"

"I wear the hashtags that were second guessed in life." replied the pundit. "I made these hashtags pound sign by pound sign in life, I girded it of my own free will when I started mid table left overs instead of youth prospects. Your hashtags were as plentiful as mine the night you sacked me two years ago. You have contributed to them ever since. It is a ponderous hashtag today."

"Surely you must have some hope Harry to give me, since there is no camera crew with you."

"Aw, I have none to give. It comes from others, Danny. Top, top lads. They offer salvation through Tottenham's academy. Using those players you developed you can take the team to unprecedented heights. I squandered this opportunity Daniel. Placing my hope in Joe Cole and Loic Remy I have exiled myself to the Championship."

"But you always did such good transfer business."

"BUSINESS!" cried Harry. "YOUTH DEVELOPMENT SHOULD HAVE BEEN MY BUSINESS! At this time of year, when the games are thick and fast, and injuries hurt more than ever, you realize just how triffic those top lads from our academy were. And there are no top flight games were I can make amends for opportunity misused!"

"Hear me!" cried the ghost. " You will be haunted by three ghosts of Tottenham Hotspur!"

"Without their visits,' said the Ghost, "you cannot hope to shun the path I tread in the lower divisions. Expect the first tomorrow! When Jim White arrives at the Sky Sports studios!"

Harry's invisible car then pulled away, taking him through the wall. Leaving Levy to stare blankly.