A Merry Spursmas to all, and to all an 18 month contract!

Share All sharing options for: A Christmas Tom Carroll: Part 3

Once again, OHSpurs (@EarlofShoop) did an excellent job on the photoshops. No coal for him this Christmas.

The Phantom slowly, gravely, silently approached. When it came, Levy bent down upon his knee; for in the very air through which this Spirit moved it seemed to scatter gloom and doom and certain defeat to lower division opponents.

It was shrouded in a deep black garment, blacker than the most alternate of third kits,  only betraying the hint of a distorted, otherworldly feature that could only be described as a beak.

"I am in the presence of the Ghost of Tottenham Yet To Come?" said Levy.

The Spirit answered not, but pointed downward with its feathers.

"Spirit, I fear you more than any unkind cup draw I have faced. But as I know your purpose is to do Tottenham good, and as I hope to live to be another Chairman from what I was, I am prepared to bear you company, and do it with a thankful heart. Will you not speak to me?"

"Soon." came its only reply. 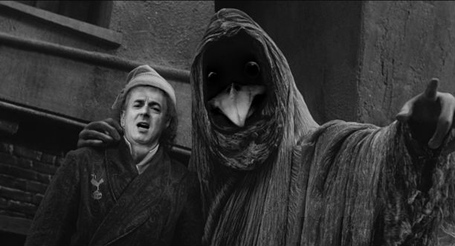 It lead Levy on through the mists. They emerged in a medical room. Mick McCarthy talked to his physio.

"Is it really that bad?" Mick asked.

"Poor lad. He had such a promising career."

"Imagine if he hadn't had all those dumb loans to a league where he just got the shit kicked out of him. Imagine if Tottenham valued their youth players."

Laughter echoed throughout the room as Levy turned to the ghost.

"Specter, tell me this is not to be!" he pleaded.

"Soon!" replied the spirit as the mists rose up around them once again.

They emerged in a dingy locker room belonging to a team in England's second division.

Grant Holt and Peter Crouch stood there, applying massive amounts of BenGay to themselves.

"When did it happen?" said Holt.

"This morning is what I heard." replied Crouch.

"I heard it was his transfer policy. Didn't trust the youth system they said."

"Still, you'd think he'd have mingled with us once and a while."

"Still, sacking him on Christmas."

"Almost appropriate if you ask me."

"You hear he's still holding a Christmas party for the staff?"

"I hear there'll be nachos."

Levy turned to the specter.

"Specter," said Levy, "something informs me that our deadline is at hand. I know it, but I know not how. I suppose I do my best work near deadlines. Tell me what man that those players were discussing."

Levy turned around and found himself at the directors office of the club in question. A man scraped a name from the Chairman's door. The ghost pointed towards it.

"That door down the hall, why do you point to it?"

The inexorable feather underwent no change.

Levy walked slowly towards the door.

"Before I draw nearer to that door to which you point," said Levy, "answer me one question. Are these the shadows of the contracts that are final or can they still be altered? Is it like faxes that haven't been sent yet and still might be recalled to change an offer at the last minute?"

The spirit was as unmoving as ever.

Levy crept towards the door, following the feather. Until he saw the name on the door.

"Spirit!" he cried, tight clutching at its robe, "hear me. I am not the chairman I was. I will not be the man I must have been but for this intercourse. Why show me this, if I am past all hope? I will honor the youth team in my heart. I will keep in mind the lessons you have taught me. Please for the love of God tell me I can stop myself from working for Venky's!"

And with this final plea, Levy found himself back in his bed. The morning of transfer deadline day had only just begun.

"Yes!" exclaimed the Chairman. "I am back and I will keep the youth team in my heart today and forever! Never again will I let Scott Parker start over a 19 year old!"

Levy was so excited he danced back and forth through his apartment. He threw open his window and saw a Chav passing by on the street below. 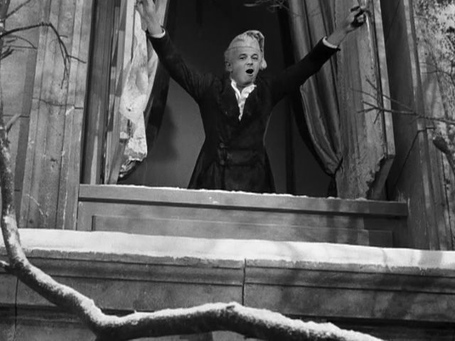 "Ah. well. I suppose I could always check the internet instead."

Finding it was still transfer deadline day, he ran to his phone and ordered the recall of Tiny Tom Carroll from QPR and straight back to Tottenham's training ground.

"Oh the look on Tim Sherwood's face! I cannot wait to see it! Why the dance that Steffen Freund will do when he sees Tiny Tom ambling up Hotspur Way!"

Levy was early at the office next morning. Oh he was early there. If he could only be there first, and catch Tim Sherwood coming late! That was the thing he had set his heart upon.

And he did it. The clock struck nine. No Tim. A quarter past. No Tim. He was full eighteen minutes and a half late. Levy sat with his door wide open, that he might see him come in.

His hat was off, before he opened the door; his scarf too. He was at his desk right away, straight to work.

"Hello," growled Levy, in his accustomed voice, as near as he could feign it. "What do you mean by coming here at this time of day?"

"It shall not be repeated. I was making rather merry yesterday, sir. You see Tiny Tom Carroll returned to training and we were running passing drills late into the night. The lads really enjoyed it sir."

"Now, I'll tell you what, my friend," said Levy, "I am not going to stand this sort of thing any longer. And therefore," he continued, leaping from his stool. "and therefore I am about to bring more youth players into the first team." 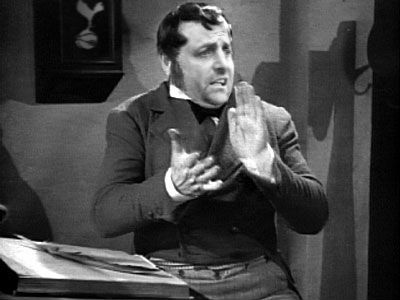 Tim trembled, and got a little nearer to the coat rack. He had a momentary idea of knocking Levy down with it, holding him, and calling Neil Ashton to leak details for a hit piece.

"A Happy Transfer Deadline Day, Tim," said Levy, with an earnestness that could not be mistaken, as he clapped him on the back. "A Happier Deadline Day, my good fellow, than I have given you for many a year. I'll bring in more youth team players, and endeavor to assist your struggling youth set up, and we will discuss your affairs this very afternoon, over a kebab, Tim. Now go buy a copy of Football Manager to get me up to speed before you cut another orange slice, Tim Sherwood!"

Levy was better than his word. He did it all, and infinitely more; and to Tiny Tom, who did break through to the first team, he was a second father. He became as good a friend, as good a chairman, and as good a football man, as the good old Seven Sisters knew, or any other good old city, town, or borough, in the good old world. 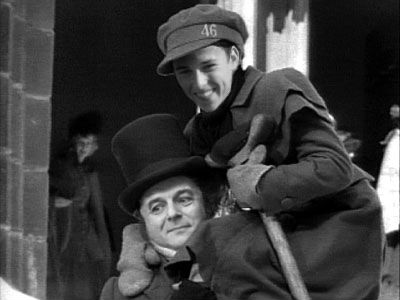 It was always said of him, that he knew how to keep player development well, if any man alive possessed the knowledge. May that be truly said of football men, and all of us! And so, as Tiny Tom observed, Distribute the Ball Efficiently out of the Midfield!

Distribute the Ball Efficiently out of the Midfield, Everyone!