The title of this post says it all, doesn't it? At the time of this posting, Gareth Bale - 11 is one of the shirts that you can select from on the Real Madrid club shop. I wish I was making this up.

Hat tip to @TotalTottenham on Twitter for finding this:

Yep, here's a screenshot that I just took. 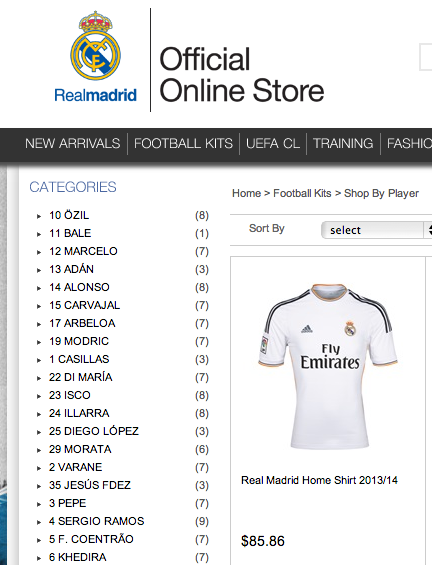 We've all known since a couple of days ago that Real Madrid were going to sign Gareth Bale at some point. This isn't terribly surprising. And, of course, this isn't a press release from the club. But unless Madrid got hacked by someone who really knows what they're doing, chances are some intern got told to get this change ready for Friday and hit the button to send it live too early. It'll get pulled soon after I post this, then put back up after Madrid make the announcement.