Yes, this piece is normally called Tactics Tuesday, but I was busy so it's now tactics Wednesday. Any other complaints?

Share All sharing options for: Tactics Wednesday: More impetus in the final third

Everyone has been raving about Christian Eriksen's performance in his debut for Tottenham Hotspur. The new signing from Ajax started last weekend's match against Norwich City. The Danish midfielder seemed to provide the perfect link between midfield and attack and, as a result, Tottenham scored two goals from open play and thoroughly dominated the Canaries.

Here's a look at what Tottenham did in the attacking third on Saturday against Norwich via (FourFourTwo StasZone): 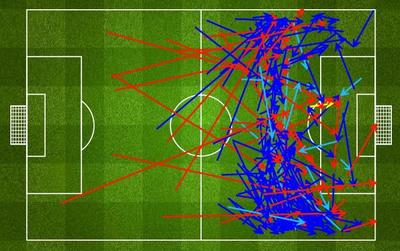 For reference, red passes are incomplete, blue are successful, light blue are chances created, and yellow are assists. For those of you that didn't take the time to count each individual arrow, I can tell you that there are 218 passes in the final third, of which 166 were successful. Those sound like good numbers, but don't mean much without context. So let's look at passes in the final third from Tottenham Hotspur's other three Premier League fixtures this season. 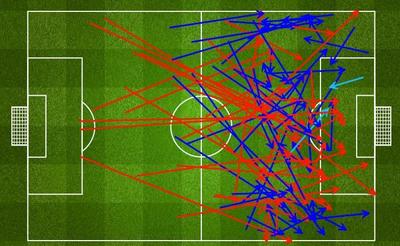 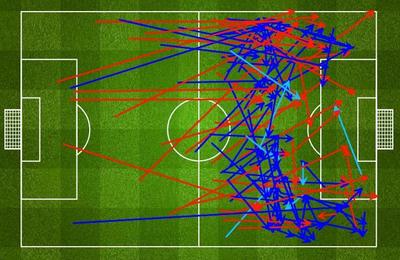 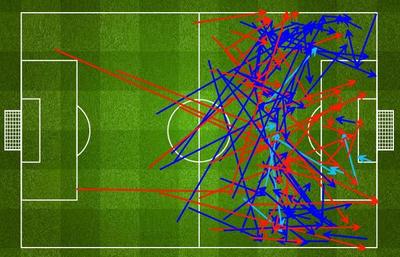 So, before we go any further, let's keep in mind one caveat: against Norwich Tottenham Hotspur had 69% possession. That number is crazy high. Against Palace, Swansea, and Arsenal, Tottenham had 58%, 48%, and 57% respectively. Clearly that extra time on the ball is going to lead to more passes. However, 12% more possession doesn't exactly translate to doubling the number of completed passes in the final third.

Though, if you look at it, there are less passes into the box in the Norwich match than in the Arsenal and Palace matches. I'm not sure what to make of that. Palace definitely sat very deep and allowed us the ball into the box. Arsenal play a higher line, but because they're defenders aren't very good (or something like that) there was plenty of space between them for passes into the box. I can't account for the lack of passes in the Norwich box other than saying that the holding midfielders and defenders for Norwich were much more disciplined and did a much better job of preventing those types of passes with their positioning.

The thing that I find most striking, when looking at the Norwich passing map versus the ones for the other three matches, (aside from sheer volume) is where the passes are originating from. Look closely at the Norwich map and you'll see that coming from the center of the pitch approximately halfway between the top of the box and the halfway line, the space normally occupied by a number 10. Thus it would follow, that Eriksen must be solely responsible for this, right?

Unfortunately, the stats don't quite bear that out. Eriksen had a good game. Certainly better than any other play Tottenham have played in his role all season. He was pretty heavily involved, but he wasn't, unfortunately, the sole reason the team looked so good against Norwich.

The real source of Tottenham's success was the central midfield as a whole. Depending upon your view, the formation Spurs played on Saturday was either 4-2-3-1 or 4-3-3. The difference is mostly a nominal one as both feature a three-man central midfield. In this match, Mousa Dembele and Paulinho operated in the pivot behind Eriksen, who was playing a more advanced attacking role. All three contributed heavily in the attacking third. Here's a look at their respective passing charts: 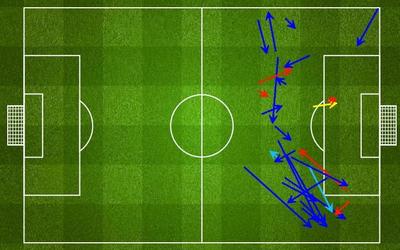 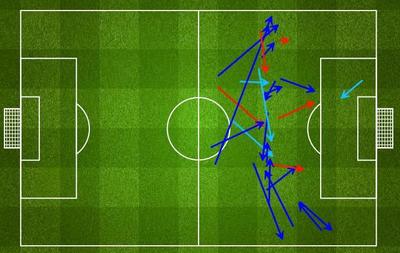 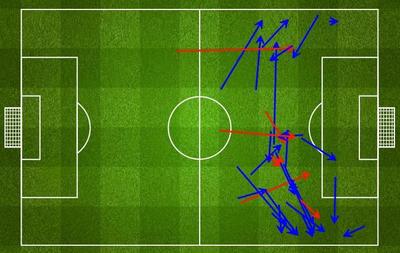 How about that? The player with the most passes, both attempted and completed, in the final third was Paulinho. For some reason, Paulinho's chart doesn't even include his assist for Tottenham's second goal (perhaps because it was a cross). What we can see from these charts is that all three of Tottenham central midfielders were busy circulating the ball around the box. Eriksen made the most pass into the boxes, but created less chances than Dembele.

I think what we saw in the match against Norwich was not a great singular performance from Christian Eriksen, but the development of a cohesive understanding between the entire midfield. Certainly, Eriksen's presence and involvement in the game was a part of it, but so too was the understanding developed between Dembele and Paulinho. The fact that the midfield is starting to gel is great for Spurs because they are, in the coming weeks, going to run up against some much stiffer tests.

It will be interesting to see how this cohesiveness is affected by the introduction of a more defensive player into the Tottenham midfield. Eventually, Sandro might force his way into the starting lineup and while the Brazilian is excellent as a holding player, his passing in the final third is not something that Spurs should be counting on. Thus, playing with Dembele and Paulinho may be the best option for Spurs in the attack. However, against better more attacking teams the pairing is untested.

Eriksen's addition to the squad was but one of many factors that lead to the good performance against Norwich. His role shouldn't be discounted, but neither should that of the other central midfielders.