Tottenham Hotspur's home form is a disaster, and the fans are part of the problem

Share All sharing options for: Tottenham Hotspur's home form is a disaster, and the fans are part of the problem

Most teams benefit from a sporting phenomenon colloquially known as "home field advantage." You might have heard of it. In any sport in any league at any level, a team's stadium is its fortress. Whatever else may go wrong over the season, at the very least when they come home to play in front of their fans, they're going to perform better. For Tottenham Hotspur, this universal phenomenon appears to have eluded White Hart Lane.

Quick quiz: how many teams have lost more home games in the Premier League this season than Spurs?

If you answered ZERO, then congratulations! Buy yourself a drink. You're going to need it.

Spurs are currently averaging only one point per game at home. If our home fortunes continued and the league required us to play all our remaining games at White Hart Lane, relegation would surely beckon. Luckily for our top flight survival, the team gets to take a break every now and again and try another stadium on for size.

So far this season we've dropped points in 7 of 11 matches. Three of them contained a lot of positives besides the result: Man City, Arsenal, and Sunderland. Four of them were mostly bad displays along with bad results: Liverpool, West Brom, Newcastle, Stoke.

Maybe we can be generous and put the first half against Newcastle into the positive column, but otherwise the positive and negative performances in our draws and losses have a common thread. The positive ones all happened on the road.

Way back in the 2009/10, Tottenham Hotspur did the miraculous and qualified for the Champions League. This dizzying achievement came on the back a rather stellar home record. A stellar home record, which as you can see from the chart, has gradually deteriorated every single season. But on the flip side, our away form appears to have improved at the same time. What gives? How are we getting worse at home but somehow better on the road?

Are we just all around terrible? Is it fixture congestion and the Europa League? Is our pitch too small?

One suggestion put forth recently by West Bromwich Albion manager Alan Irvine, and echoed again yesterday by our Vice Captain Emmanuel Adebayor is that the atmosphere at White Hart Lane has become poisonous. Our own fans' constant booing gets in the players' heads and negatively impacts their performance.

That's a real #hottake, and unfortunately coming as it does from Adebayor, one of the supporters' least favorite players at the best of times and a guy currently going through a rather rubbish stretch of form, many fans find it hard to give it any credit. But let's not shoot the messenger right now and think about the message.

"Let's think about what we can fix, and that's how we relate to the team at White Hart Lane."

Is it possible that fans have the power to at least somewhat affect how the players perform? Probably.

Is it the only factor? Almost certainly not.

We're not exactly lighting the Premier League on fire away from home either, so part of it is that we're just not very good right now. We've also played a midweek match before every single home league game this season (and will continue to do so at least through the end of 2014). It's probably not a coincidence that our worst (though still much, much better) home form before this season came during the year we were involved in the Champions League. Taking those midweek matches seriously is a real drain.

And though we my chuckle at Pochettino's claims about our pitch size, it does make it easier for teams to bunker down and keep us out. Since 2009, Tottenham Hotspur has become a team to be taken seriously in a way we perhaps weren't before. As a result, more teams come to White Hart Lane happy to leave with a point, and come to North London with a plan to keep things tight and stifle our ability to play football.

But we as fans can't do anything about those. We can complain about them, but we can't fix them. So let's think about what we can fix, and that's how we relate to the team at White Hart Lane. Because even if it's only a small part of the problem, it's become apparent that it is part of the problem. There's no other reason why our home form should be so disastrous while our away form remains mostly fine.

Now before I go on let me make clear: I am a lowly American plastic fan with no ties to Tottenham. My grandpappy wasn't a season ticket holder before the Great War, I have not cheered from the Paxton end since I was knee high to a grasshoper. In fact I have never even been to White Hart Lane. 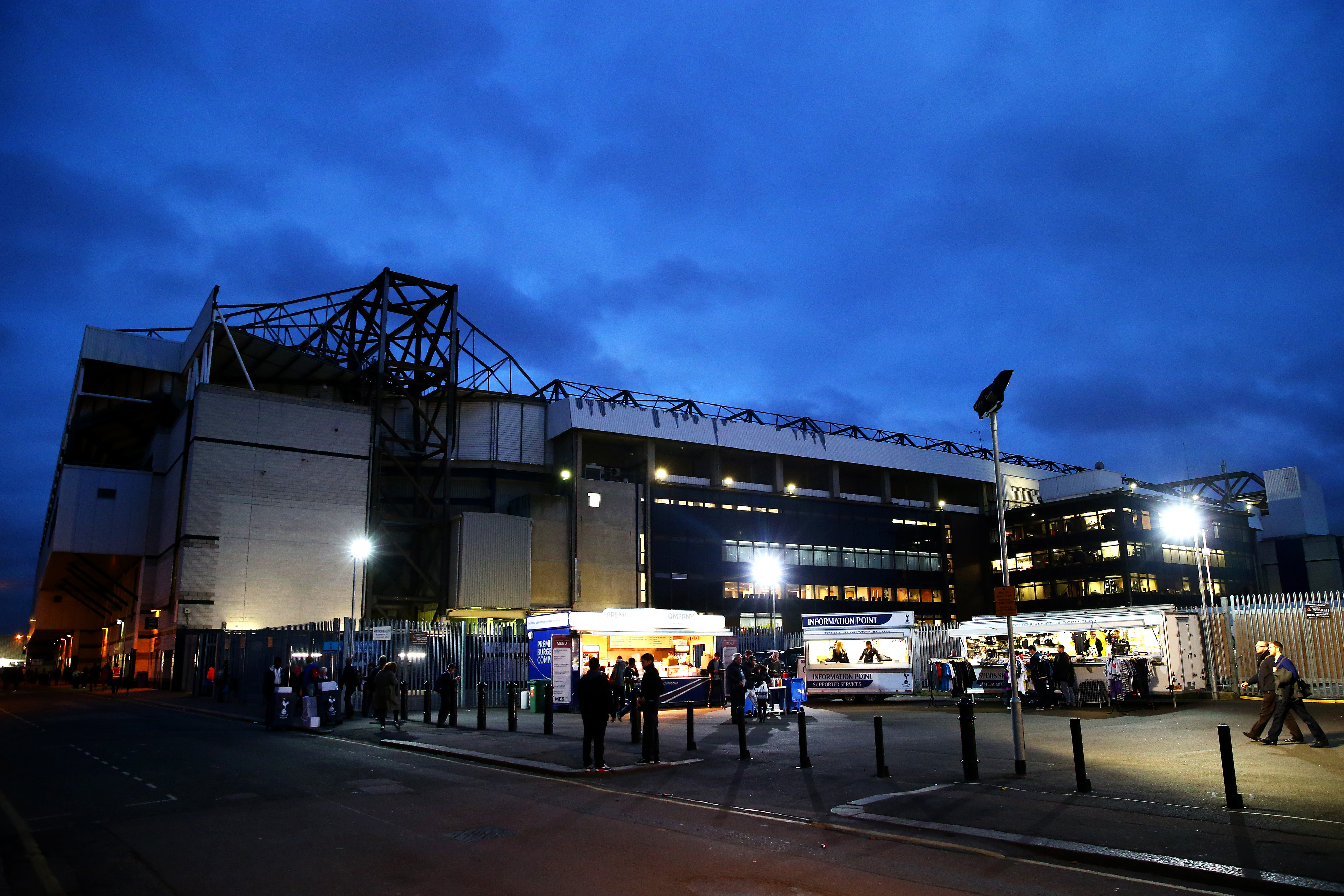 But I do hear boos coming through my TV almost every weekend.

I don't think even the longest-suffering Spurs season ticket holder can deny that the quality of the atmosphere at White Hart Lane has dropped. The Telegraph recently ranked the home support of all 20 Premier League teams. Spurs came second bottom. But only six years ago, back in 2008, years before we ever beat Milan in the San Siro and sold Bale for a record fee, White Hart Lane had the second loudest fans in the country. As one commenter noted, "No suprise to see Spurs up there. Spurs fans shake White Heart Lane every match day regardless of the scoreline."

From second to nineteenth in support. How have we come to this?

At first blush it's strange that our home support was still wonderful in a season that famously started with two points from eight games. Why now, when we're still not as bad as all that, has the atmosphere turned so completely?

A big reason is expectations. Before 2009/10, we'd all gotten very used to being midtable and hoping to achieve better. Martin Jol's consecutive 5th place finishes were heralded as massive triumphs (even Lasagnagate). Qualifying for the UEFA Cup was a hugely exciting opportunity. But as we've continued to succeed, that success has sowed the seeds of our own discontent.

The day Spurs qualified for the Champions League was one of the brightest days in our recent history. We cracked the top four and had finally reached a new level. But once we cracked that glass ceiling, our expectations went way beyond what we could actually sustain on the pitch. Every season since then that we haven't qualified again has built more and more frustration among fans that these expectations haven't been met and made us more and more likely to get angry about it.

"We've been worse and felt better about it because even though we hoped for more, we didn't feel entitled to it."

Since our Champions League jaunt, we've lost arguably two of the top ten players in the world. But expectations haven't been re-calibrated. We've seen the promised land and we won't be satisfied with anything less. But if we can't temper our expectations, we're never going to be happy.

Spurs have the sixth highest wage bill in the country. Over time, wages correlate pretty much perfectly with league position. Sure Liverpool might finish second one year or Everton can flirt with the top six, but in the end money talks. And Spurs just don't have enough of it. Given the team's resources as the sixth richest team in the country, Spurs baseline should be sixth place.

That's not to say don't hope for more, that's not even to say don't demand more. But booing the team because they're not meeting expectations you had no right to in the first place is no recipe for success. If we can't accept the reality of money in football, we're going to continue to be unhappy forever. We've been worse and felt better about it because even though we hoped for more, we didn't feel entitled to it.

But it's not just our success that carries that sense of entitlement. The other major culprit most people point to is the raise in ticket prices. With expensive tickets, it's easier to think of yourself as a consumer rather than a fan. At a certain price point, it stops being about supporting the team and it becomes about getting your money's worth. Watching Spurs limp to a tepid defeat for £20 is a much more tolerable experience than paying £70 or £90 to see the same performance.

With cheaper tickets, when you're having a nice day in the stands as part of a community cheering your team, anything good that happens on the pitch is a bonus. You've already gotten your money's worth. But when you're making real financial sacrifice to attend the game, suddenly being there just isn't enough. You feel owed something in return. The feeling isn't wrong, but it's not right either. 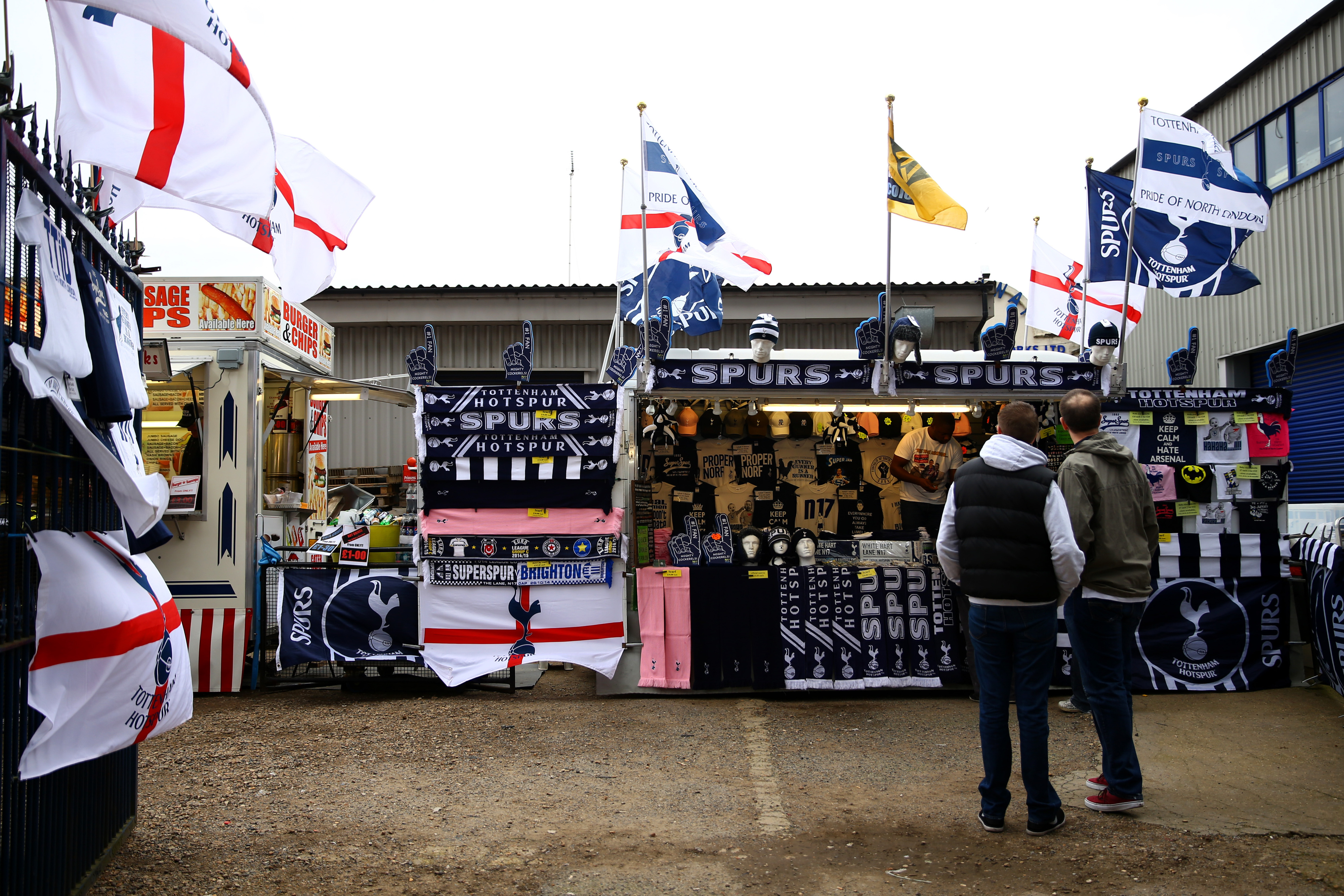 Buying a ticket entitles you to boo. But it doesn't require it.

Because you're not a consumer. You're a supporter.

You're not buying a product, you're supporting a team.

But the team's not delivering on its promise, I hear you say. They aren't being good on the pitch, so why should we be good in the stands? It's a two-way street and they're not holding up their end of the bargain.

And you're right. They're not.

Unfortunately for the supporters, turning a football team's performances around is a difficult proposition. And it's one that's out of all of our hands. So should we continue to boo, refuse to give the team what it needs, until they give us what we want in return? Are we so petty?

The team has asked us to get behind them. To turn White Hart Lane into a frothing sea of support. To raise our voices up and drive the other team their knees in fear.

So why not shake White Hart Lane to its foundations? What does it cost you?

And who knows, it might just help turn things around.