Franco Baldini, who is like other Spurs hires, rumored to be on the outs

There are rumors floating around that Tottenham Hotspur could part ways with Franco Baldini shortly. His firing would probably be hasty, but also justifiable. Sound like anyone else you know of?

Share All sharing options for: Franco Baldini, who is like other Spurs hires, rumored to be on the outs

In August, Franco Baldini was a genius. In February, he's just another mediocre Tottenham Hotspur hire who has failed to impress, but hasn't been bad enough at his job to deserve a sacking. It's not entirely obvious how we got here.

I was always a fan of the Baldini hire, even if I was slightly skeptical about his track record at Roma. He made a lot of very good signings, but had a couple that didn't come off. For the most part, he built the core of the team that is performing well in Serie A this season and didn't acquire a lot of the players that underachieved in previous years. By all accounts, he was a good judge of talent and a shrewd negotiator. Very few seriously questioned the hire.

What you need to know about Champions League

The Champions League is getting serious, starting this week. Here's what you need to know about the first knockout round.

We try to account for everything in the advanced statistics. But we can't account for truly peculiar tactics like Barcelona's tiki-taka and the consistently high-quality shots they create. I think that's cool.

What you need to know about Champions League Barcelona vs. Advanced Statistics

Spurs fans soured a bit on the director of football system after Martin Jol and Juande Ramos were undermined by Damien Comolli, but quickly changed their minds when they figured out that the players Comolli bought that his managers wanted no part of were Gareth Bale, Luka Modric and Younes Kaboul. He also acquired Dimitar Berbatov. After a front office cleanout in 2008, Daniel Levy started negotiating deals by himself, buying a lot of average domestic players that Harry Redknapp fancied. We've been crying for a director of football for a while. We got one.

Let's forget who Baldini bought and how they've performed thus far for just a minute. Could Levy have pulled off this summer by himself? Spurs got a world record transfer fee for Gareth Bale and pulled together all of their deals before deadline day in impressive fashion. By September 3rd, Spurs had a young, deep squad and a net transfer spend of roughly break even. Baldini was heralded as a genius and the kind of front office guru that Spurs had been missing for years.

It didn't take long for everyone's dreams about a comfortable top four finish to fall apart. Spurs lost 3-0 at home to West Ham, then went on to get obliterated by Manchester City and Liverpool. With Spurs well off fourth place, Erik Lamela struggling and Andre Villas-Boas gone, Baldini offered to resign. His resignation was rejected. Since then, Tim Sherwood has turned Spurs around, using a lot of players that Villas-Boas had no time for. Lamela is still injured and has failed to make a serious impact when healthy.

Enter Monday's rumor that Baldini is in hot water with the Tottenham board and Sherwood. Here's the relevant passage from The Mirror. Note that the Sunday People is a subsidiary of the Mirror's parent company.

Franco Baldini's reign as Tottenham's director of football is under increasing threat , writes Steve Bates of the Sunday People .

It is thought that the club's board may not be convinced he is the right man for the job.

Chairman Daniel Levy and manager Tim Sherwood have also clashed with the Italian coach, who served as Fabio Capello's assistant during his time as England boss.

Central to the tensions developing between Baldini and the Tottenham hierarchy is the failure of frontman Erik Lamela to make an impact.

The emphasis at the bottom is mine, and worth touching on.

Lamela cost £30m and has yet to perform well for Spurs, so he's obviously looking like a dodgy buy at the moment. But while he might never live up to his lofty price tag, it's unfair to judge him on what he's done thus far, and it's even more unfair to judge Baldini on that signing alone.

Given his struggles in his first season in Serie A, Lamela was always expected to need a season to adjust to Spurs and English football. Lamela is still just 21 years old and no one expected him to reach his peak this soon. Still, his performances have been disappointing when he's been fit. Some of that is on the player himself, but just as much of that can be attributed to Andre Villas-Boas, who didn't give him much of a chance. 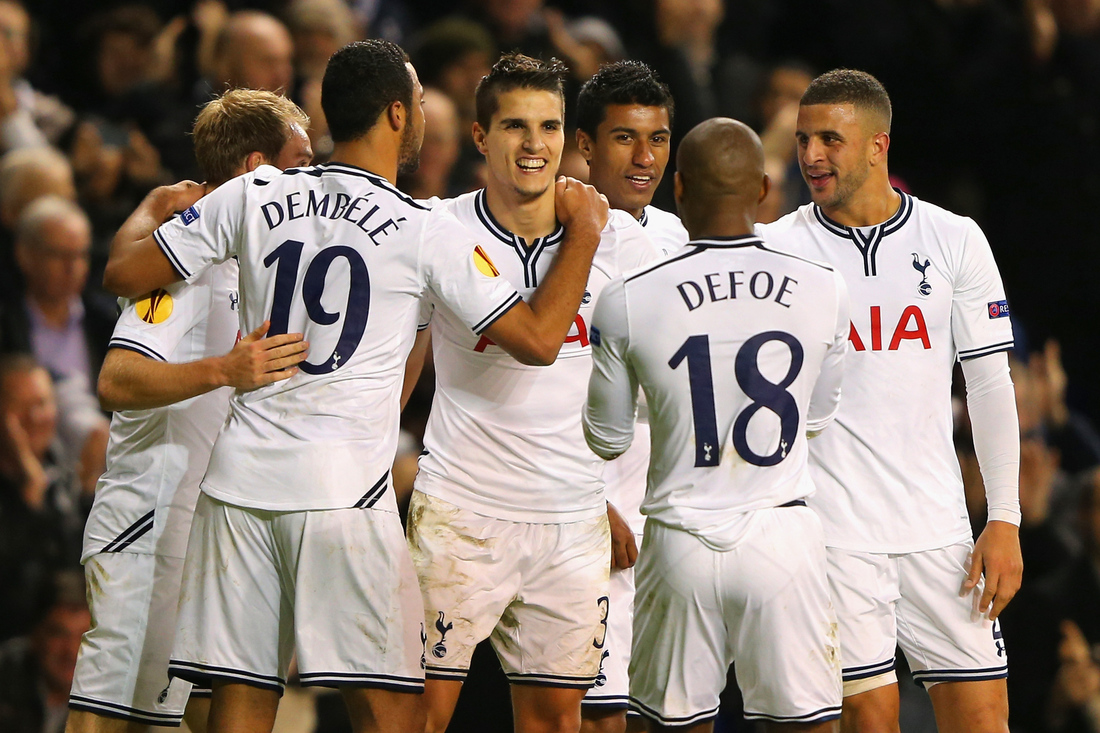 Sherwood threw Lamela into the first team shortly after his arrival, but he picked up an injury and hasn't been heard from for a while. He's dealing with both lower-body and back injuries, and if the recent injury layoffs for Jan Vertonghen, Younes Kaboul, Andros Townsend, Sandro and Vlad Chiriches are anything to go off, he's not going to be rushed back. He won't make a first team appearance until he's completely healthy.

Pinning AVB's unwillingness to give Lamela a run of games and Lamela's current injury troubles on Baldini is beyond ridiculous. It's so ridiculous that I have a very difficult time believing that there's any truth to Steve Bates' report. Levy, despite his faults, has a solid track record as chairman and has never been noted as wholly unreasonable. Were one or two of his managerial sackings a bit hasty? Perhaps, but none were out of the blue. It's been easy to justify all of them. It's not easy to justify firing Baldini over Lamela's signing.

But that's just the Lamela signing. So what about his other signings?

Well, that's where things get a bit iffy, which is exactly what the end of the tenures of Jol, Ramos, Redknapp and Villas-Boas could be described as. Baldini hasn't done anything awful, but he hasn't nailed many signings either.

Etienne Capoue has been solid, if unspectacular, and is probably worth exactly what Spurs paid for him. The same can be said for Nacer Chadli and Vlad Chiriches, who would fetch the same fee that was paid for them or a small profit. Paulinho has been a tad disappointing, but had bigger clubs sniffing around him before he went to Spurs and could be sold at a profit if he has a good World Cup. The only signing Spurs made that can be classified as genuinely poor at the moment is Roberto Soldado, who has been wildly disappointing. The only signing Baldini made that was terrific without any qualifiers was that of Christian Eriksen, who is having an excellent season and is almost certainly worth significantly more than he was purchased for.

As for sales, Baldini's record is mixed to good. He got the most he could from MLS for Clint Dempsey and Jermain Defoe, while getting any fee at all for Scott Parker was a miracle. Tom Huddlestone has performed well for Hull, but requires a team to be built around him, and his £5m departure was a solid deal for both teams. Steven Caulker's sale was very questionable, but certainly wasn't Baldini's decision. Villas-Boas admitted Caulker wouldn't be first choice, he wanted to leave, and a deal was sorted out. £9m is neither a bargain for Cardiff, nor a huge windfall for Spurs.

Baldini's tenure thus far is probably best summed up as 'meh', which sounds a lot like the tenures of the four aforementioned managers. And, while Comolli's signings were excellent in retrospect, that's what most thought about him when he was sent packing. Just about everyone the club hires in a football-related position is decent, but not quite good enough.

Ultimately, that leads me to believe that the club's hiring process is what's preventing them from becoming a consistent contender for a top four place and cup wins, not an individual like Baldini, Sherwood or Villas-Boas. Time after time, Levy has hired adequate, but ultimately flawed personnel to man key positions. A team of Tottenham's reputation and resources won't be able to make consistently sensational hires, but it's telling that they haven't made a truly great or truly disastrous hire in nearly a decade.

Is the answer for Spurs to take more risks in their hiring process? To think outside the box? It's possible, but I can't say for sure without sitting in the boardroom. It's also worth asking if the process that leads us to fringe top four status, but never anything better, is better than a process that could lead to boom or bust results.

I don't have any reason to call for Baldini's sacking, but it'll be easy to justify it if he goes. I won't be thrilled when he gets fired, but I won't be mad at the board either. Unfortunately, that's how I've felt about every personnel change Spurs have made for the last 10 years.

Next Up In Soccer