#Batcountry has gone to another level folks. Sources have revealed to Cartilage Free Captain that Daniel Levy has renewed negotiations for Brazilian striker Leandro Damião.

Spurs have long pursued the samba striker, but were unable to come to terms with Internacional, as they sought a bigger payday with continental teams ranging from PSG to Juventus. Nothing materialized and Inter were forced to sell the Seleção striker to Santos for pennies on the dollar.

While he has only recently arrived at the legendary Brazilian club, Levy believes that Santos' board will be far easier to deal with than Inter's. He is already preparing a substantial bid to complete Tottenham's lackluster strike force and believes that a sizable donation to charities of Damião's father's choosing will help grease the wheels of the transfer.

Some may question this move due to Damião's dip in form, but he has scored five goals since joining Santos in February and our source believes that Levy has utter faith in the ability of Tim Sherwood to get the best out of him next season.

EXCLUSIVE! MUST CREDIT CARTILAGE FREE CAPTAIN AND OHSPURS FOR PHOTO. 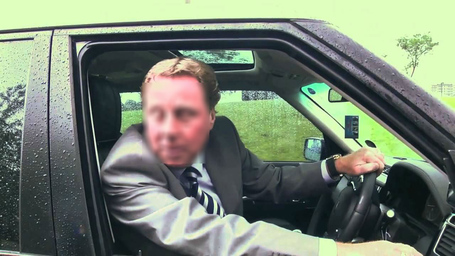 "Aw he's a 'triffic lad. Just a top, top scorer," said our source. "He's had a bit of a rough patch, but Tim'll put his arm 'round his shoulder and pick his head right up as soon as next season starts. He'll be puttin' balls in the back of the net in next to no time. Lovely jubbly."