We have a new leader in the projections after just one week. Manchester City played an unimpressive draw with Arsenal as the Citizens are still awaiting just one dominant attacking performance of the sort they managed nearly weekly last season. A massive defensive lapse by the entire Arsenal team allowed a free header off a corner to Martin Dimichelis, and City came away with a point, but it was an uninspiring performance again. 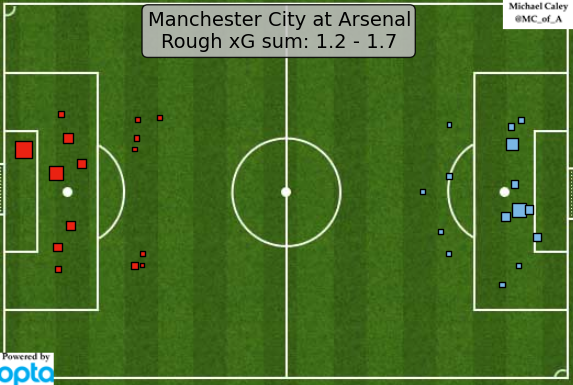 By contrast, Chelsea move into a clear lead both in the actual table and the projected one with yet another demolishing of a pretty good opponent. Cesc Fàbregas assisted a pair of Diego Costa goals. The Chelsea attack could get bogged down too easily last year, now with Fàbregas absolutely lapping the field in every creative statistic it doesn't seem like they can even be slowed down.

Of course, City and Chelsea meet this weekend. It would be a good time for Manuel Pellegrini's side to put together a performance worthy of their talent, because Chelsea might be headed for a runaway. The good news for Chelsea didn't stop with City's draw. Arsenal dropped points in the same game, and Liverpool were poor in a home loss to Aston Villa. Despite massive advantages in shots and possession, both sides managed about one expected goal apiece, as Liverpool could not break down the Villa defense and were limited to speculative efforts from long range and a bunch of hopeful crosses. 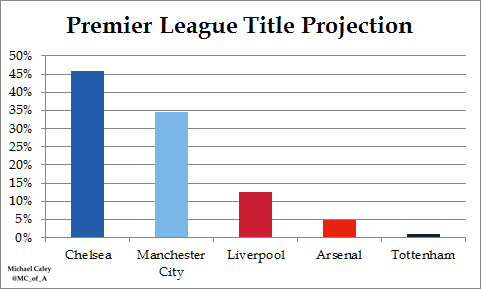 But what's good for Chelsea is also, kind of, good for Tottenham. Spurs are not meaningfully competing for the league title. But Arsenal and Liverpool are the Lilywhites' top competition for fourth place. And so despite dropped points at the Stadium of Light, Spurs remain in the same roughly 1-in-4 position for fourth that they were when the weekend started. The match had negative effects on Spurs' projection, as ~2.1 points were expected compared to one achieved, but also positive. Spurs project as a better team going forward based on their efforts in the match. 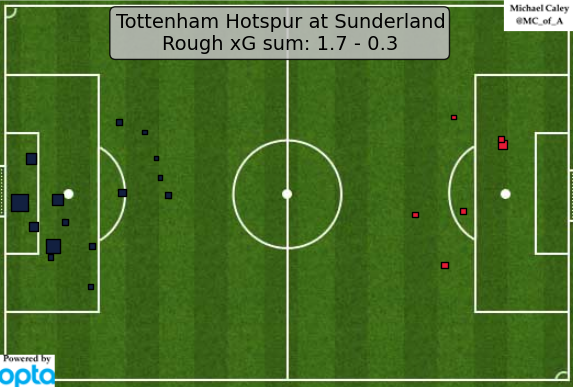 Ok, enough of last week. That sucked, even if Spurs kind of didn't. On to projections.