This is the fourth installment in a series of Tottenham Hotspur player profiles. The articles are aimed at fans who are either new to Spurs or new to the game. You can find my other work in the fanposts section of the Cartilage Free Captain blog. Read, comment, compliment, ridicule, enjoy.

Strengths: The Golden State Warriors are the 2015 NBA Champions. Their win affirmed the efficacy of a recent trend in the world’s greatest basketball league. All four of the teams that reached the NBA Conference Finals were statistically in the top five in the league with respect to three point field goal percentage, three point field goals made, and only the Atlanta Hawks fell to seventh place in three point field goals attempted. Players who shoot the trifecta well have never been in higher demand. Teams who take and make the most threes are winning. A similar trend is happening in world football, but with respect to how teams defend and the role of the goalkeeper in modern defensive schemes. Hugo Lloris is inarguably one of the best goalkeepers in the world and he represents a shift in how the position is played. Lloris is among a new breed of keepers who are asked to venture off their line and out of their boxes to extinguish threats from balls played over the top of defense. Demands have always been placed on goalkeepers to be mobile and leave their eighteen yard box, but with an increased number of teams pressing higher up the pitch and some keeping a high line in defense, it is paramount that keepers in these systems advance further out of their comfort zone to be effective. Hugo Lloris is the quintessential sweeper keeper. He reads the game exceptionally well and is able cut out lethal through balls before they become dangerous. For both André Villas-Boas’ high line and Mauricio Pochettino’s high pressure defense, Hugo Lloris is the perfect keeper for these systems. Flawless in squeezing the space between himself and his backline, Lloris is incredible in both the amount of burgeoning plays he breaks up and the absence of mistakes while performing these tasks. Lloris is also remarkable in close range shot-stopping. In recent seasons, defenders have been spared the shame of blatant ball-watching, countless times, when Hugo has somehow gotten a hand, finger, or foot to a driven header near to goal. While he is perfectly good at mid to long range shot stopping, set pieces, distribution, and crosses from the run of play, we don’t have to wax poetically about these qualities because we don’t see them as often as we should. Either we witness Lloris devouring every threat in sight or bailing out Spurs after all hope is lost. For this reason, for the saves that he doesn’t have to make, he is truly world class. 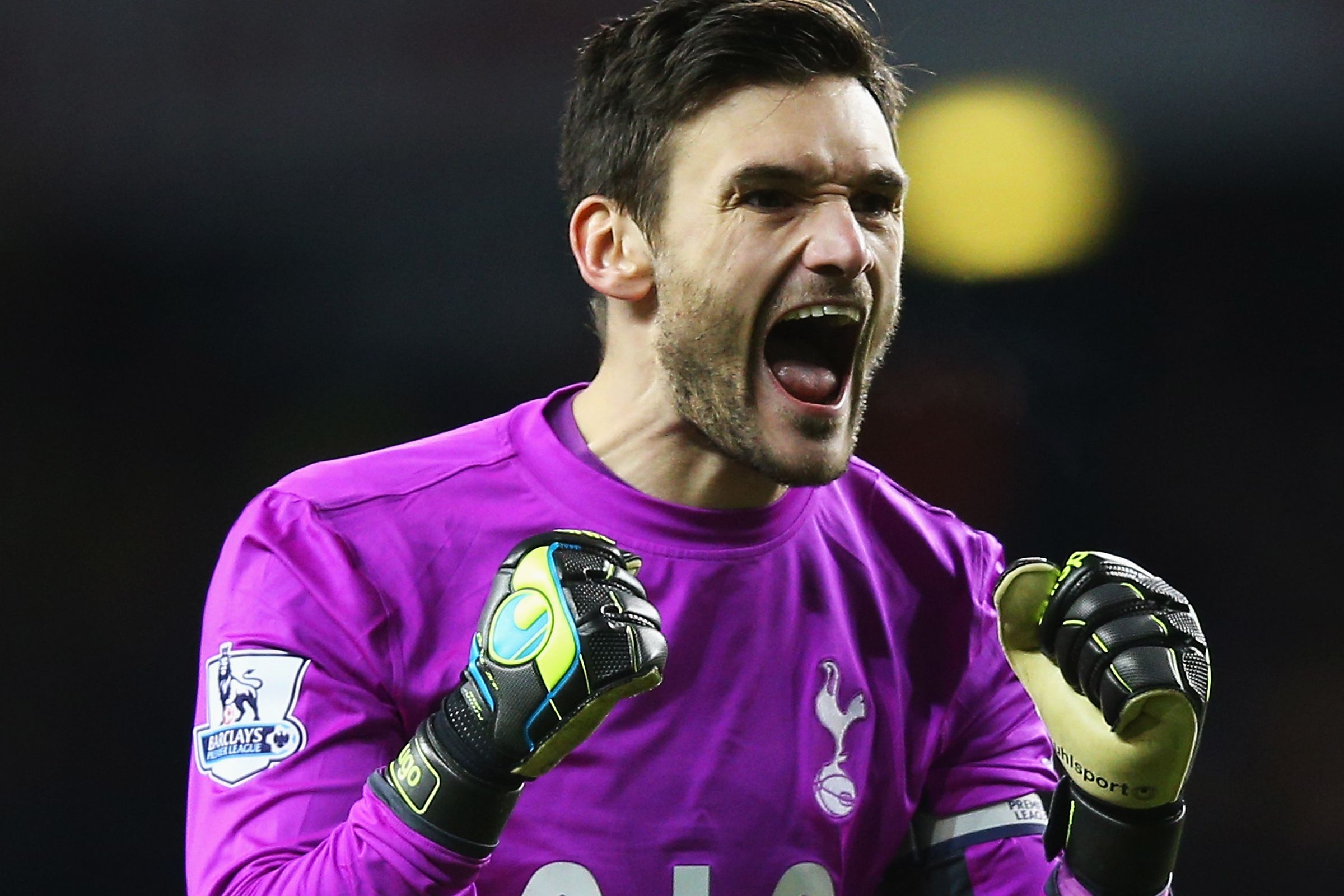 Weaknesses: By any standard, Hugo Lloris is a top ten goalkeeper in the world; most who breathe the game would place him in the top five. Therefore, this section is nitpicky. Its not that Lloris does not have flaws, it is that they are a bit trivial. With this said, here we go. Lloris does incredibly well with the ball at his feet, but his distribution rarely springs an attacker seventy yards down the pitch. He does not have a throw as long as his Spurs predecessor (former US National Team Goalkeeper Brad Friedel), nor is the trajectory or precision of his punts perfectly suited for a counterattack. He also does not fly across goal like some other keepers in the upper echelon of European football. One might argue that backup Michel Vorm is more likely to find himself on a highlight reel for saving a long distance effort than Lloris would be. Lastly, Lloris can be indecisive on crosses. There are moments where he is forced to make a reaction save because he guarded his line too closely, or other times where he leaves his line, especially on corners, and doesn’t fully win or parry the ball. These happen quite infrequently, but they are faults nonetheless.

History at Spurs: Hugo Lloris was transferred from French outfit, Olympique Lyonnais, to Tottenham Hotspur F.C. on August 30th, 2012. After a lengthy negotiation process, one where other clubs get less money for their players because DANIEL LEVY!, a fee of 12.3 million pounds was agreed upon. His tenure at Spurs did not begin swimmingly. Former manager André Villas-Boas was intent that the French international win his spot from forty-one year old incumbent Brad Friedel. This decision, annoying both in retrospect and at the time, stole the first month of the 2012-13 season away from him. Since that moment, Hugo has not looked back. Lloris started 93 of 95 Premier League games from November of 2013 to March of 2015; an impressive run to say the least. Only a knee injury against Leicester City at White Hart Lane, hampered this streak. Lloris came to preseason for the 2015-16 campaign with a fractured wrist. While he missed the first game of the season against Manchester United, he returned between the pipes for the home opener against Stoke City.

Role on Team: Hugo Lloris is the undoubted number one keeper and player for Tottenham Hotspur. He is unchallenged in his place, and this would be the circumstance for nearly any club who employed him. The 2014-15 season saw him lead the team as vice captain and he wore the captain’s armband for our Capital One Cup Final against Chelsea. In his first game back for the 2015-16 term, Pochettino bestowed sole leadership of the team to Lloris, granting him the honor to captain the side once again.

***STOP READING IF YOU WERE JUST IN THIS FOR ANALYSIS***

Prediction: There is no reason why Hugo Lloris will not maintain, or even exceed, the high standards that he has set for himself at Spurs. Goalkeepers tend to develop slower than their outfield brethren. They need match upon match to hone their decision making skills and their ability to read the game. Due to this, we see goalkeepers play at extremely high levels well into their thirties. At twenty-eight years old, Hugo Lloris is already a special player and entering what, theoretically, will be the best years of his career. To have him at Spurs is a treat and should not be taken for granted by the White Hart Lane faithful. Save a shock transfer late in the window, a scenario very unlikely at this point, Hugo Lloris is primed for another fine season at Spurs.