This is the fifth installment in a series of Tottenham Hotspur player profiles. The articles are aimed at fans who are either new to Spurs or new to the game. You can find my other work in the fanposts section of the Cartilage Free Captain blog. Read, comment, compliment, ridicule, enjoy.

Strengths: The left footed Jan Vertonghen is a center back for the modern game. Mobile enough to deputize as a left back, and skilled enough to make threatening runs forward, he is both the spine of Tottenham’s defense and the first prong in their attack. Johnny Verts is a footballer first and a defender second. Vertonghen brings a touch of sophistication to the backline and his tranquility in possession diffuses itself throughout the side. But the first of our now unlimited Belgian signings (#allthebelgians) is no slouch in the art of defending. There is a methodical grit to his play and this is exemplified when watching him defend individually. He almost always meets attackers with an iron forearm to the back before they have time to turn. There is nothing dramatic in his shadowing and like a great oak in an open field, he is not swayed by tempestuous movements. If an attacker has already turned, he keeps the player in front of him, does not dive in, and only goes to ground if all else is lost. Further, his positioning and ability to predict play from the opposition is an asset for Spurs. Vertonghen often finds himself carrying the ball forward on a counterattack after nicking a pass from the opposition. He is adequate in the air defensively, and above average offensively. He will also give you something if found in our rival’s final third of attack. While not prolific, he would be considered a goal scoring central defender. 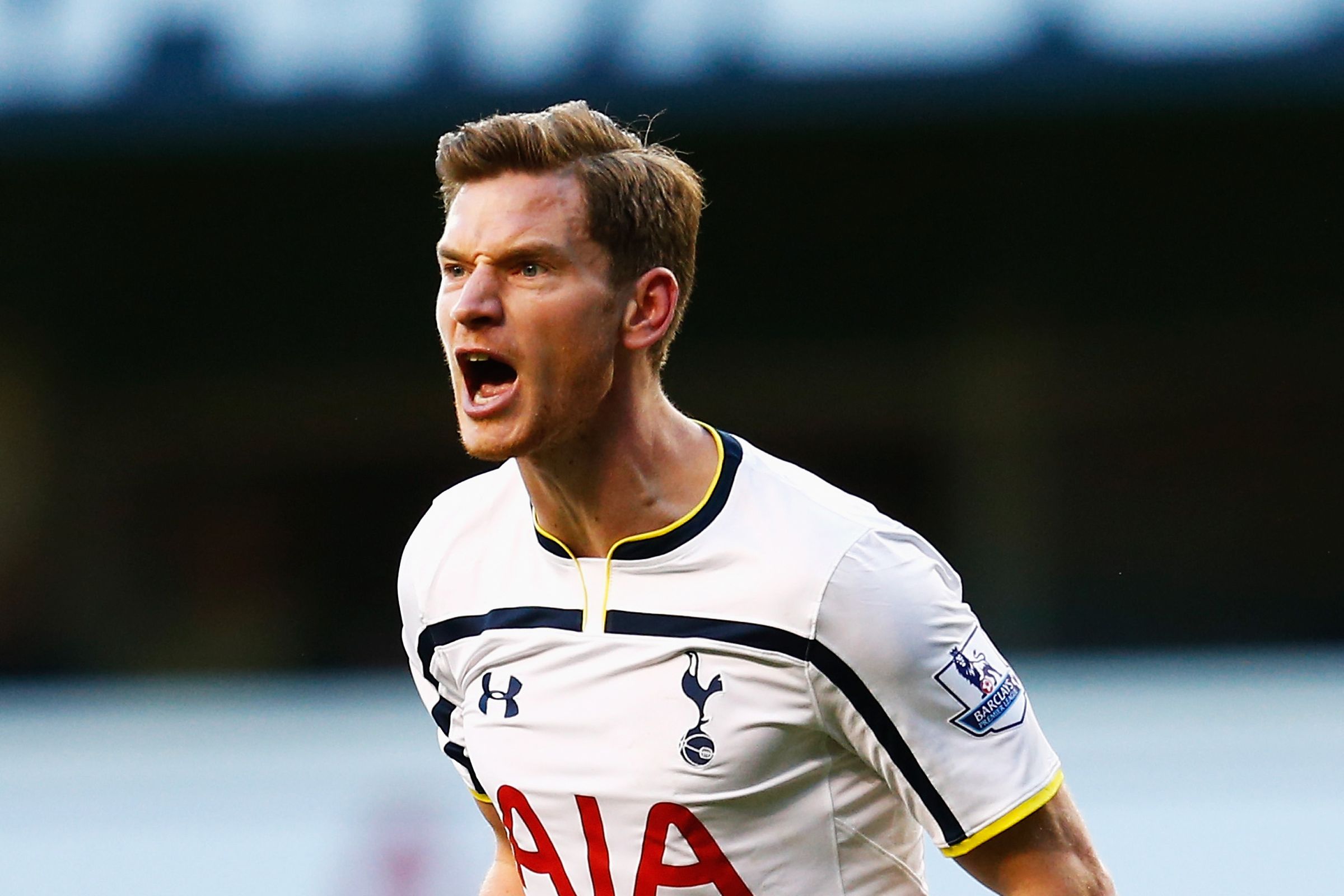 Weaknesses: Jan Vertonghen is a smart, technical player but certainly not a tremendously athletic one. His speed is not that of an Italian sports car, but more of a well-made bavarian automobile, and one can observe this deficit in his defending. The things that he does really well are all necessities to obfuscate an attacker’s pace. While his intelligence usually puts him in the driver’s seat of most clashes, be wary if a swift player is running at him with ample space behind. He also isn’t the most imposing of center backs. Vertonghen is middling in his strength and while he stands six feet, two inches tall, he wouldn’t be considered a leviathan in professional football. He sometimes struggles with marking in crossing situations and this, along with a lack of clear communication in these instances, can lead to goals. In fact, sometimes his cool persona fails Tottenham. He is a leader on the team and over the past two seasons Spurs have struggled mightily when adversity presents itself. A more vocal Jan Vertonghen could go a long way in supporting our youthful roster.

History at Spurs: On July 12th, 2012 Tottenham Hotspur F.C. completed the transfer of Jan Vertonghen from AFC Ajax for an undisclosed fee rumored to be around ten million pounds. Super Jan came to Spurs after a phenomenal year at Ajax where he won the player of the year award for both his club and the entire Dutch league (The Eredivisie). He continued this stellar form in the 2012-13 campaign, seamlessly injecting himself into Tottenham’s first eleven. His outstanding performances were recognized and rewarded as he was included in the PFA’s Premier League Team of the Season. Vertonghen’s second year with the club, the 2013-14 season, was mired with injury and, alas, it was his least productive. Last season he regained his fitness, appearing in thirty-one Premier League matches. Already in his fourth year with Spurs, he has started in the left center back spot for the first two games of the 2015-16 campaign.

Role on Team: Going on his fourth year at Spurs, Jan Vertonghen is a fixture in the club’s first eleven. He brings pedigree, class, experience, and will be among the first names written on Maurico Pochettino’s team sheet each week. He slots perfectly into the starting left center back role and, entering his fourth year, is one of the most senior players at the club. As such, he was named a vice captain for the 2015-16 season and should do the club proud with this responsibility.

***STOP READING THIS IF YOU WERE JUST IN THIS FOR ANALYSIS***

Prediction: Gareth Bale’s final year with Spurs in 2012-13 coincided with Jan Vertonghen’s first. Mirroring the success of the club as a whole, Vertonghen had his most successful season with Tottenham. His play has dropped off a bit from those early days, yet he is still a stalwart in a wayward defense. In a backline that has crumbled with injury, ability, and loss of form, Jan Vertonghen has been a rock. I think this will be his best season since that 2012-13 campaign. While Michael Dawson was not a world-beater, Vertonghen was able to form a fine partnership with the former Spurs captain from January of that year onwards. Toby Alderweireld is easily the most talented defender that Vertonghen has played with at Spurs. They have a familiarity from their shared past at Ajax and Alderweireld’s game complements Vertonghen’s quite nicely. This is good for Jan Vertonghen and great for Spurs. For in the end, an improved Spurs defense lives and dies with old reliable: Johnny Verts.