This is the eleventh installment in a series of Tottenham Hotspur player profiles that I am creating. The articles are aimed at fans who are either new to Spurs or new to the game. You can find my other work in the fanposts section of the Cartilage Free Captain blog. Read, comment, compliment, ridicule, enjoy.

Strengths: The stage has never seemed too grand for Nabil Bentaleb. The lanky, long-legged nineteen year old Algerian stepped into the black hole that was Tim Sherwood’s tenure (FRAAB to the max) and played composed football when given the chance. In doing so, he became a high-water mark in an otherwise frustrating 2013-14 campaign. Played primarily as the defensive partner in the double pivot of a 4-2-3-1, Bentaleb was touted as a true box to box midfielder with the capacity to score goals. When we look at the traits that make Spurs supporters lust over his potential, its easiest to view him in this guise. Bentaleb’s expansive strides cover meters of space every click and nonchalantly propel him forward in attack. Unlike a wobbling puppy growing into their legs, Bentaleb controls his adolescent frame and is sneakily quick with the ball at his feet. He is able to maneuver in crammed areas in midfield, using the leverage he has on smaller opponents, to either spin away to switch the field of play or twinkle toe himself out of danger. And while he dazzle in tight spaces, it is his simplicity that is most admirable. He doesn’t lose the ball but isn’t overly negative with it either. He seems to create a positive rhythm to Tottenham’s play and has a knack for making optimal decisions when in possession. Things get exciting when one pictures his predicted, permanent move from a defensive midfielder to a true box to box player and how this change will showcase his strong left foot. Bentaleb is simple in his play but is nonetheless adept at playing longer balls and stretching the opposition. The projectile shots that explode off his left boot add a venomous and tantalizing element to his game. It is this attribute that rouses fans and make them believe that he can become an exceptional, top-tier goal scoring central midfielder. Lastly, he is solid defensively. He exemplifies mature intelligence in tackling, rarely fouling his opponents, and almost never going to ground unless it is a challenge he can win. He has an engine too and his fitness allows him to pester rivals across the park. Further, he is a tall lad. His heading ability is nothing extraordinary but his size, combined with his mobility, makes it difficult for attackers to completely leave him in their tracks. 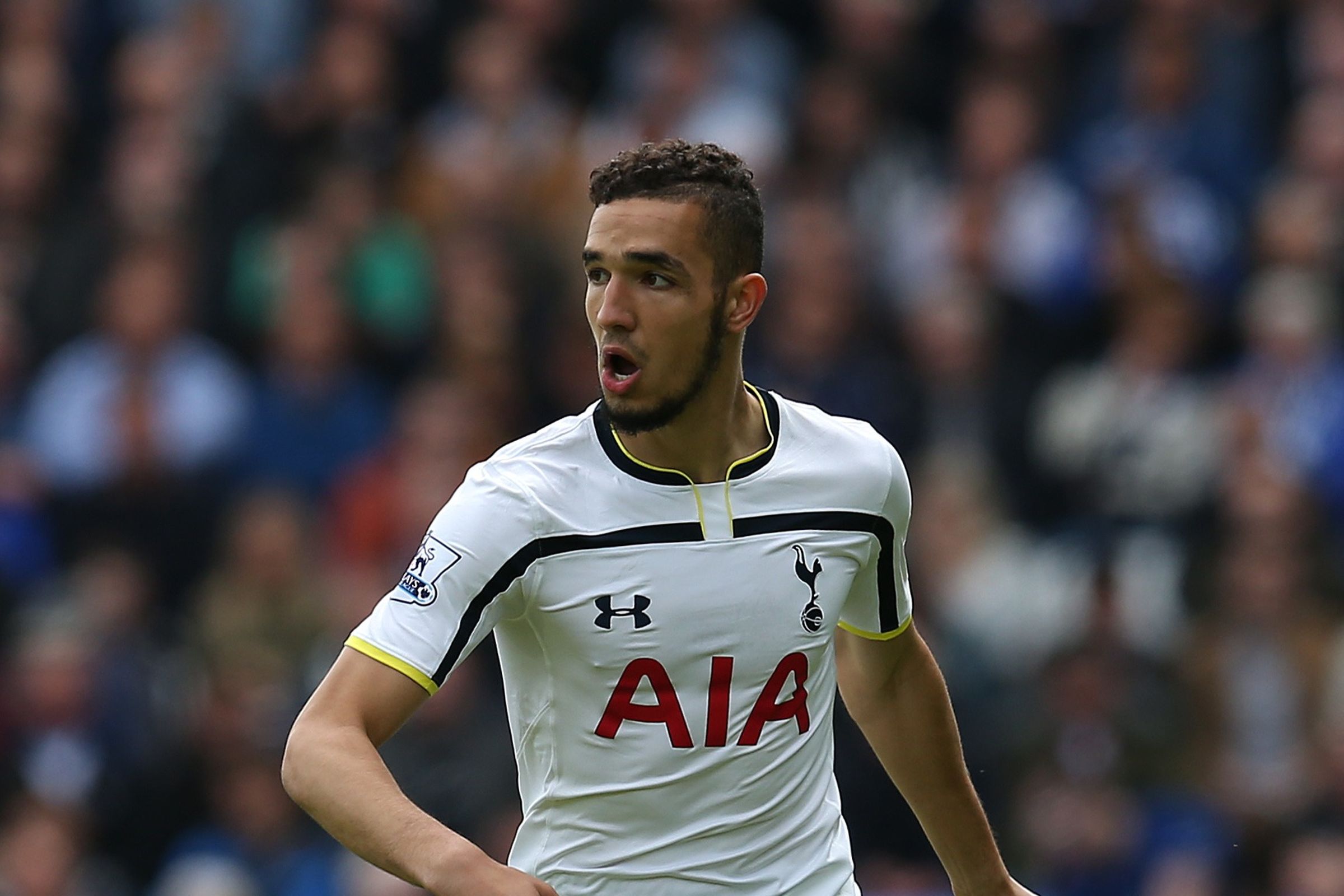 Weaknesses: The promise of Nabil Bentaleb lies in his youth, yet one can argue that this inexperience has led him down an ill suiting path. When Tim Sherwood gave him his golden first team chance, he absolutely seized the moment. The only problem was that the role he was given was defensive and it came with instructions to play with robotic simplicity. Not at any level in his youth career did Nabil Bentaleb play as a defensive midfielder but somehow this idea stuck. Call it a lack of proper personnel or Pochettino's attempt at creating a truly fluid double pivot with Ryan Mason, but Bentaleb played in this awkward position for the entirety of 2014-15 campaign. Over the course of a full season this highlighted two deficiencies about his play. While not dainty, Bentaleb is still only twenty years old and his body hasn’t entirely filled out. He is strong for his weight, but to be a truly great two way player he needs to bulk up a little more. Secondly, he can drift forward a bit too much defensive midfielder. Now technically he is not a defensive midfielder, but positioning is all about tactical awareness and reading the game on the fly, no matter where one is assigned to play. In this regard, he can improve. Finally, Bentaleb doesn’t seem the type to completely eliminate opponents off the dribble. He can drive forward, unleash tasers, or accurately pass the ball around the park but beating players one on one is not his forté.

History at Spurs: Nabil Bentaleb is an Academy graduate who wasn’t in the Academy for very long. This speaks to the caliber of his skill and the volume of his potential. Less than a month after his nineteenth birthday, he was thrust into Tottenham’s eighteen man roster against Southhampton and made his first appearance, off the bench, on December 22, 2013. He featured twenty times in that maiden season. Bentaleb was counted on more in his second year with the club. He appeared in thirty-six matches, starting in twenty-five Premier League encounters, and was in the first eleven in Spurs Capital One Cup Final against Chelsea. He started two of the first four games for Spurs in the 2015-16 season.

Role on Team: Nabil Bentaleb has started the season without the burden of defensive midfielder responsibilities. That position has been handed to Eric Dier and has left Bentaleb to battle for the more advanced role in the double pivot of a 4-2-3-1. A contested spot for Spurs, the improved Ryan Mason and an upstart Delle Alli will vie for minutes against him. With Tottenham failing to sign a defensive midfielder this summer, it is also likely that Bentaleb will spell #hodier occasionally and will be viewed as his primary backup. A stalwart in the first team and a favorite to claim the box to box spot by season’s end, Bentaleb will be a key contributor for Tottenham’s fortunes throughout the year.

Prediction: In an ideal world Nabil Bentaleb has another breakthrough in a Spurs shirt, accept this time it is the position he was destined to play. Bentaleb has all of the necessary characteristics to excel as a top notch Premier League box to box midfielder. Yet this is all still in theory. The fact of the matter is that while he played this position as a youngster and for the Algerian national team, he hasn’t seen significant minutes in this spot for Tottenham Hotspur. Hypothetically he will bag more goals, and hypothetically he will rack up more assists, but ultimately we don’t have enough data to support these conjectures. Further, his early season play, after signing a more lucrative contract this summer, has been sub par at best. If everyone is healthy, it looks as if Pochettino prefers Ryan Mason in that spot or, at the very least, it look to be Mason’s spot to lose. It is hard though to conceptualize a Spurs side who doesn’t start an in form Nabil Bentaleb. If one combines experience, ability, and pedigree; he is surely the most qualified of options for Tottenham Hotspur F.C.