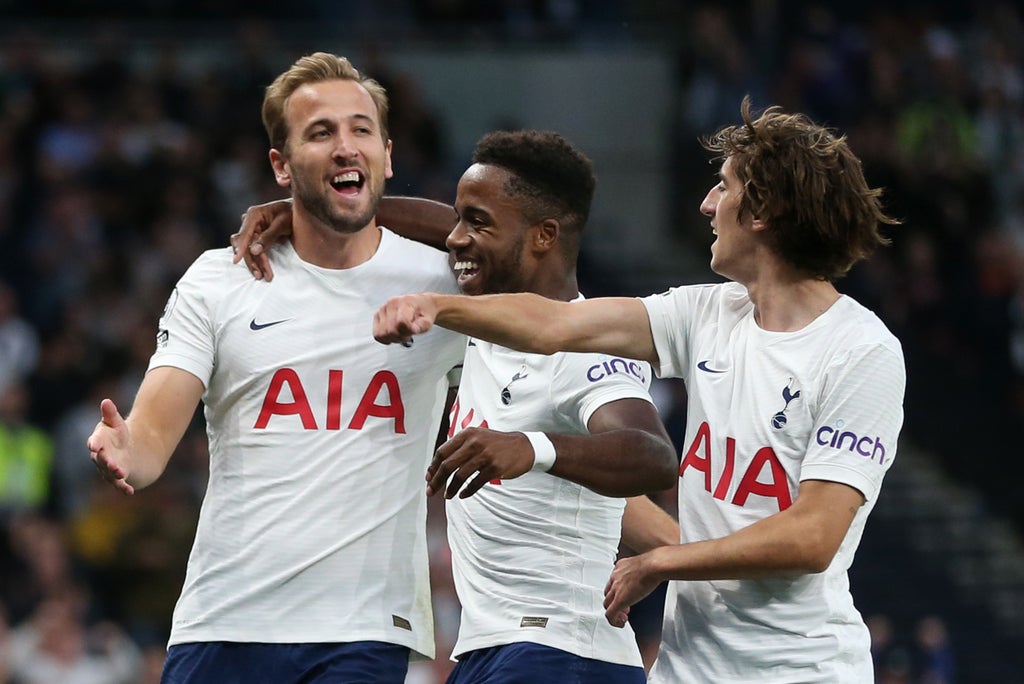 Ok I was going to start this by taking specific highlights from today's match and sifting through specific situations to highlight just how good Bryan Gil was in the first half. Unfortunately, ECL video highlights are hard to come by the day of the match. So I did what I hate evaluating players by, I went to highlight reels on YouTube. I picked through a few and found one that is actually very good as far as these things go.

Bryan Gil is Spain's Next Artist

Ostentatious title, sure but watch it. This kid is good, extremely good. Defenders are terrified of him that entire video, he is heavily left-footed, but so good with it that it does not seem a hindrance. We all know who that makes us think of, Erik Lamela, duh. What did you think I was going to say?

Seriously though, this kid has all the hallmarks of players that are so incredibly talented that defenders know exactly what they are trying to do and have little hope of stopping it. Lamela, Robben, Bale, and yes that Argentinian one too Messi. Robben and Bale relied more on pace and power, Lamela sublime skill and shithousery, and well the last one is off the charts at everything and a ridiculous bar to compare any young player too. I'm not going to do that here and say he can be the next whoever, but I will absolutely say that this kid has a lot of the skills and a similar style to some extraordinarily gifted players.

Before I begin, most of this highlight reel is against La Liga and on the Spanish national team where the competition is better than what he faced today. Nevertheless, you can only play against who is in front of you and this reel covers some decent competition.

His ball control is off the charts, it is like he has glue on his boots. In the first like 45s of that video he does about 3 different pieces of skill that few professional footballers can accomplish. The flick around and spin is sublime, he is so shifty in the second one the defender doesn't even know which way to turn, but the third one is truly remarkable. This kid is so skilled, and defenders are so scared of him that he makes 2 players miss while keeping the ball on the touchline, and somehow shifts the defender's weight so drastically that he nutmegs him from an impossible position while keeping the ball on the touch. It was akin to Bergwijn's amazing piece of skill last week if you added a nutmeg to it.

The highlight reel actually gets monotonous after like 5 minutes, which is patently ridiculous to say. Regardless of the competition, about 1/3rd of it is with Spain, he can just ghost 2-3 players with ease, making it even more remarkable he does it with his head up, he knows where his teammates are, and unlike say Traore or Moura at times, who has improved markedly under Nuno, he can find players with a cutback, a throughball, or a cross. Honestly, seeing him do this against competition that is better than Pacos only made me more excited about his potential.

I tried to find a touch map, or a heat map of where he was this match, but apparently they aren't popular for ECL matches. Who knew? I watched the first half of this match and Gil was everywhere. He was taking the ball from Winks and progressing it, he swapped wings, he occupied the center even while Harry was dropping deep; and he did not do what has been one of our biggest problems in the last few years IMO, clogging the middle of the pitch and slowing everything down ==> recycled possession with little to no attacking impetus.

To top all of this off, this kid has an incredibly high football IQ. He knows where spaces are intuitively, and is often the first player to check to the ball to give our midfielders and defenders an option to, and stay with me here, PASS FORWARD. The speed with which we moved the ball in the first half was something I have not seen from us in a very long time. I chalk a lot of that up to his movement. Not only does he seem to find those little splits in midfield and settle into them like Modric does, or to cross sports metaphor he settles into that space like a veteran WR would when their QB is in trouble. He also knows when to turn and when to recycle possession, and when he turns defenders are in trouble.

I don't think it was coincidence that we saw the best Harry Winks in a long time today. LoCelso looked like a different player from the first leg, Sessegnon was a menace, Doherty looked significantly better than he has in a long time, maybe ever for Spurs. What did each of them have in common? I can specifically remember Gil checking to each of them early and often to consistently to provide a passing option forward. He was playing LW, but it seemed like Nuno gave him free reign across the entire attacking band. Every player on the squad looked like they had played with Bryan for years in this match, and playing with first team players brought out the best in him. The first goal was stellar all around, but after Winks long ball Gil knew he could reach the ball and he picked his head up 2-3x to see where his teammates were and then slipped a perfectly weighted cutback through the first defenders' legs (from memory, so sorry if it wasn't) to Harry. It was one of those occasions where the pass is far better than the goal.

I've kind of wrote this free thought, so we will see if I am rambling or not, but this kid has everything already. Where can he improve? Physically I guess, he is a bean pole, but he is far stronger than he looks, and the way he glides past 2-3 defenders at a time like they are standing still, bulking up significantly might actually hurt his playstyle, he can get more fit, which will come under Nuno and with EPL experience. He could be more consistent I suppose, but we seemed content to let off the gas a bit in the second half.

This kid has everything you look for in a winger, he can dribble with his head up, he has well above average vision, he is fast, his acceleration is off the charts, he moves the ball quickly either dribbling or passing AND he encourages his teammates to move the ball more quickly by constantly providing an outlet that isn't backwards, he can pick out a cross and his vision makes him incredibly dangerous on a cutback, and he finds pockets of space like a seasoned CAM. This kids future is incredibly bright, and I am elated that his future is in Lilywhite.

Patrici deserves an incredible amount of praise for snapping this kid up before any of the super clubs came calling because when he plays like he did in the first half he can walk into any team.

I had an English stream on today and one of the commentators comments stuck in my head, he said "Gil's passing and movement in that first half was as good as any CF in the EPL, and possibly as good as anyone in Europe." I gotta say I agree.